ComForCare Home Care and At Your Side Home Care in Houston are franchised home care agencies with 200+ locations in the U.S. and Canada.

Our exceptional caregivers provide assistance that enables seniors to live independently in their homes as long as possible.

Since 1996, our goal has been complete client satisfaction. We offer the highest quality in-home care services to meet the unique needs of seniors and those with special needs.

For more information, please visit www.comforcare.com, or www.atyoursidehomecare.com if in Houston. 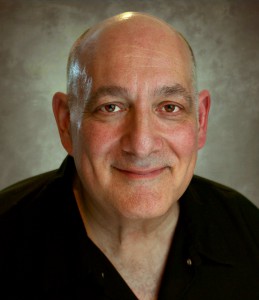 Steve Toll is a classically trained multi-talented musician and composer. Starting violin at the age of nine, he studied with members of the Philadelphia Orchestra and attended the Curtis Institute of Music in Philadelphia in 1970. With this varied musical background, Steve moved to New York City to seek further opportunities in the music industry and to pursue higher education. He attended Columbia University in the late 1970s and received a B.S. degree. To fund his education, Steve began doing studio work at the world famous Electric Ladyland Studio in the West Village. At this iconic landmark, he met and worked with Richie Havens, Phoebe Snow and many other artists.

Steve’s interest in the amazing transformative “power of music” inspired him to research and develop a music philosophy which uses music as a powerful therapeutic tool. His company, Prescription Music, was created to educate and train caregivers to harness his dynamic techniques. Steve Toll is a Certified Dementia Care Specialist and has been a keynote speaker, trainer and presenter for the National Alzheimer’s Association, as well as for agencies and companies throughout the United States. Currently residing in Durham, NC, Steve is the Care Enhancement Specialist for ComForCare Franchise Systems, Inc.

Offices nationwide!
Call us today at 800-886-4044 or visit www.comforcare.com to learn how we can assist you and your loved one!